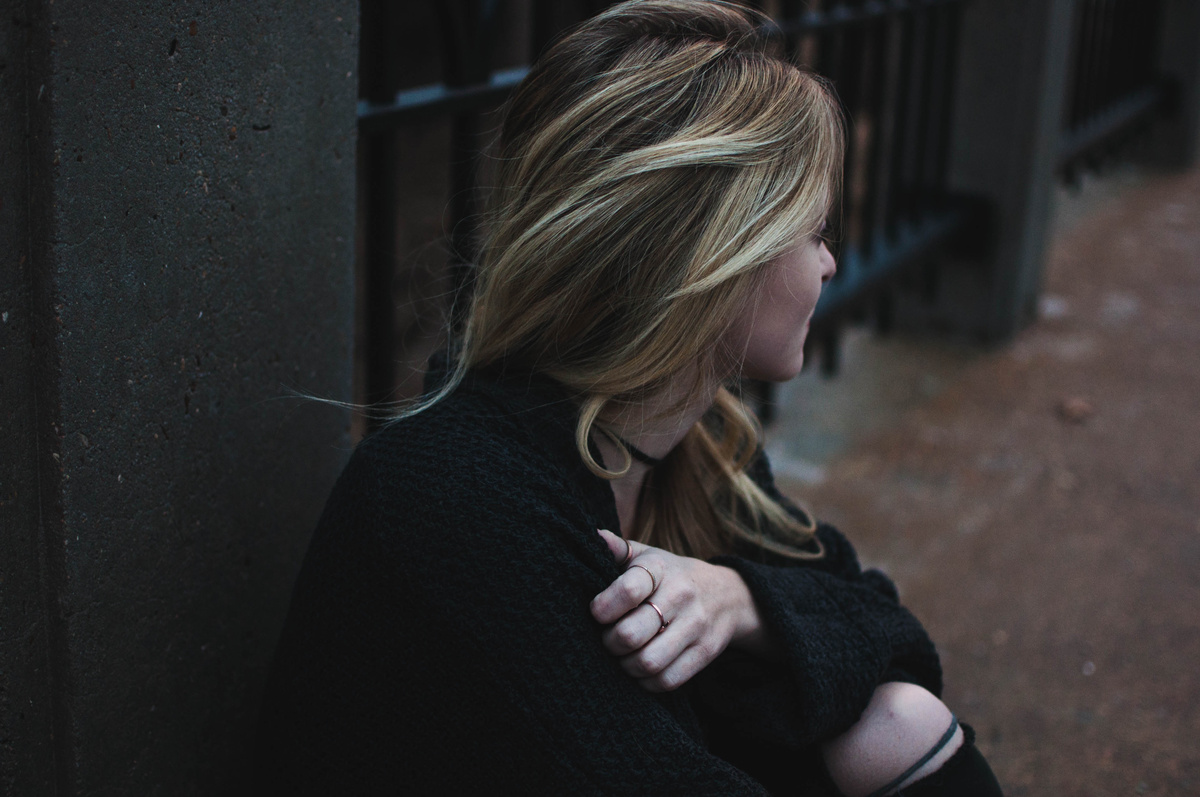 A month and a half has passed since Kendra first went to the ER, the night she spent worrying she was dying instead of enjoying her celebratory work dinner with friends. At the ER that night, the doctor ran several tests. They took her blood, hooked her up to an EKG, and gave her a chest X-ray. While she continued to be scared at the ER, her terror was nothing like the minutes leading up to this visit. The doctor gave her a pill for “nerves” and she quickly became sleepy. She started to feel silly that she had even come to the hospital in the first place. The test results came back normal. In fact, the doctor commented that she seemed perfectly healthy. He asked if she was under any sort of stress, which she denied, since her big work deadline had passed. He told her she may have experienced an anxiety attack or that she could have had some indigestion. He prescribed her some antacids, just in case, and told her to get a good night’s sleep. When she awoke the next morning, she saw the hospital bracelet still on her wrist and decided that whatever it was that she experienced last night was a fluke. She went about her life, as usual.

However, two weeks later, she was driving to work and she started to feel a little light headed. She took a few deep breaths and felt a similar sensation of not being able to get enough air. She was starting to sweat. She turned the AC on high and tried to steady her mind. Her thoughts were racing, jumping from one awful conclusion to the next. Was she dying? She wondered if maybe she had some sort of undetectable heart murmur that the tests missed. She became terrified that she might pass out and die, killing other people when her car would undoubtedly plow into oncoming traffic. She pulled over to the side of the road and noticed she couldn’t feel her hands. She reminded herself that the doctor told her that she was fine, perfectly healthy. She felt a lump in her throat as she wondered if she was just losing her mind. Maybe this is what happens when people go crazy, start imagining symptoms that aren’t there. Her surroundings looked strange. The cars passing by, the color of the grass, the clouds in the sky looked off. Her body felt light, like she might float away at any second. She felt as if she were in some sort of alternate reality. She recognized her surroundings but everything seemed slightly different, like she had just returned from a long trip away and what was once familiar was now somehow new and odd. She thought again how she must be losing her grip on reality and felt a surge bolt through her spine. Fear. Adrenaline. She began to shake and the sunlight hurt her eyes. After a few minutes, she steadied herself enough to call her mother. She needed to go back to the doctor and she couldn’t drive.

Her mother took her to and urgent care clinic, where the doctor found no physical symptoms of serious injury or illness. The doctor gave her a list of psychologists in the area. Kendra told herself that she would call someone if she couldn’t get a handle on this herself. She reminded herself that she is strong and determined and she has faced much harder things in her life.

Over the next few days, she became increasingly worried that she would have another episode. She had to get a grip on this. She decided that she shouldn’t drive anymore. She began relying on a friend to give her rides to work. She also stopped going to places that she hadn’t been before. The last time she went to a new restaurant, she had an episode, so it was probably best to stay away from unfamiliar places. Unfamiliar now felt unsafe. She also began to worry more frequently that she was going crazy. She felt that she could have another episode at any moment and wondered if these symptoms would eventually kill her. Her friends noticed she seemed more on edge and she began to withdraw from them. Then, one night, she had an even worse experience, which she didn’t think was possible. She woke up suddenly around 3 am and noticed she felt dizzy and terrified and was breathing fast. She felt like she couldn’t get enough oxygen and she began to shake. The terror was intense, but this episode seemed to fade away faster. She sat on the bathroom floor, crying, and pressing her face to the cool tile until she felt she could stand again. Eventually, she fell into a restless sleep on her couch, with old reruns playing on the TV to distract her from her worried thoughts. She woke up feeling exhausted. She walked to the kitchen and retrieved the list of psychologists from the drawer, where she had left it after coming home from the urgent care clinic, hoping she wouldn’t need it. Turns out, she did need that list. She wanted answers. Could she really be losing control of her sanity?

Kendra is not losing control of her sanity, although these recurrent symptoms make her believe that she might be going crazy. While Kendra appears to be suffering from panic disorder, not all individuals who experience a panic attack go on to develop this disorder. Additionally, panic attacks can occur in the context of other mental disorders and medical conditions. From what we know, Kendra does not appear to be suffering from additional psychological symptoms (e.g., depression, posttraumatic stress disorder) or medical conditions (e.g., hyperthyroidism) that could better account for these panic attacks. However, she often links her symptoms to possible physical explanations, which is quite common among people who have never experienced a mental health condition. She starts to fear that she has some catastrophic underlying condition that may have been missed by doctors. However, she logically understands that this is unlikely, so she explores other catastrophic explanations. For instance, she fears that she may be having some sort of psychotic break from reality, although she has not actually lost touch with reality. Her symptoms, including at least a month of recurrent, unexpected panic attacks, fear of the consequences of these attacks, avoidance of certain situations due to fear of having another panic attack, and worrying about having additional attacks, all appear to be related to panic disorder.

Kendra experienced one of the rarer types of unexpected panic attacks known as a “nocturnal panic attack.” She awoke from sleep in a state of panic. In the U.S., nocturnal panic attacks occur in 25-33% of people with panic disorder. This was the final straw for Kendra, pushing her to seek professional help. For many people, particularly those with no prior personal experience with mental health concerns, treatment is viewed as a weakness. Societal views about mental health conditions and related treatment vary greatly from opinions about medical treatment. Consider a person with cancer being told they are weak if they receive treatment. Or consider a person believing that if they try hard enough, he or she can “fix” the cancer without professional help. However, we usually don’t have those beliefs about medical conditions, just psychological conditions. Stigma associated with mental health is one of the biggest obstacles to receiving the effective treatment that is needed.

Kendra is ready for answers, which may not be the same thing as being ready for treatment. She has yet to receive a diagnosis. Comparatively, Kendra’s symptoms are new. Often, by the time a person seeks psychological treatment, they have been dealing with the symptoms of panic disorder for months or even years, trying to control the symptoms with avoidance and behavior changes. However, these changes often strengthen the symptoms of panic disorder, as avoidance reinforces the notion that the episodes are dangerous, conversely creating more fear and anxiety. The good news for Kendra is that earlier treatment is often associated with quicker results. She has not developed deeply rooted maladaptive patterns that will take more time and work to uproot. Think of avoidance and maladaptive coping strategies as creating a rut on a well-traveled dirt road. The longer that rut isn’t addressed and traffic continues to drive over it, the deeper it becomes and the more work it will take to eventually repair it. Our behaviors can create ruts and early, effective psychological intervention can be an important solution to make our travels through this life a little smoother and more enjoyable.

What happens when Kendra goes to a psychologist? How will she be diagnosed with panic disorder? Is she ready for treatment? Check back to learn more about Kendra’s journey.

For more information about panic disorder or to schedule an appointment with a panic disorder treatment specialist at Austin Anxiety and Behavioral Health Services please call (512) 246-7225 or email us at [email protected] We are currently accepting new patients at our Round Rock and West Lake Hills therapy offices.